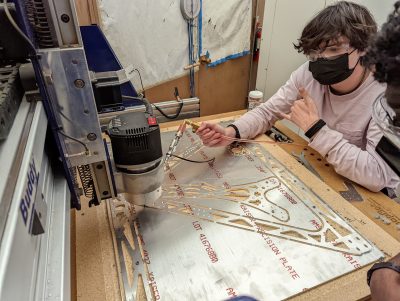 Now that there’s no more stop build day, we don’t have to worry about bagging and tagging or bot anymore, but we’re nonetheless rounding the corner towards testing and practice! There are just about two weeks until our first competition at HPR.

The drivetrain is confidently 100% done at this point, with the new wheels and shafts installed. Now our main priority is attaching our other subsystems and getting in a little driver practice as time permits. 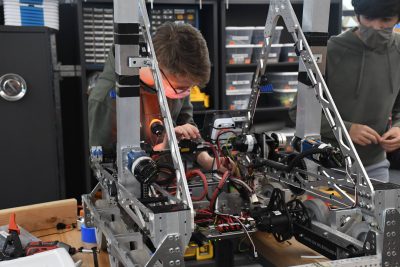 We’ve made great progress on our climb subsystem over the course of this week. With the exception of the hooks at the top of our climb, the telescope and superstructure have been fully machined and assembled. Programmers have gotten some time to test out their rotation code, and with very little backlash, our climb arm can rotate with PID control to within just a couple degrees! We encountered some stability issues (aka severe wobbling), but nothing an additional support hex shaft can’t handle! With just a couple more days, the entire subsystem is ready to be handed off to the programmers for testing. Fingers crossed for no more mechanical issues or redesigns! 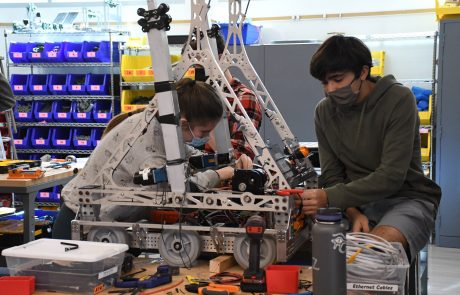 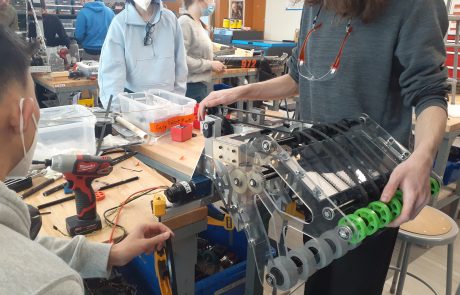 The whole CAD for our cargo subsystem has been finalized and approved this week. The structural components have largely already been assembled, and we’re starting to make great headway on the actual intake/outtake mechanism. The major holdup of waiting for parts to arrive has been partially resolved, as we received the shooting wheels and belts and decided to 3d-print our own Falcon-Versa splines. Our shooter code is not quite tuned and testable yet, but we’re excited to get it assembled over this weekend. 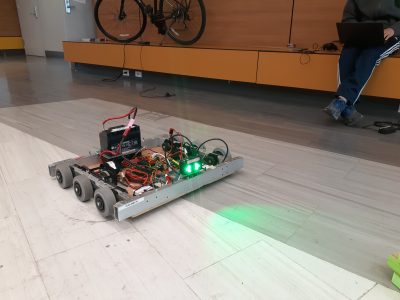 We decided to use limelight this year for a camera and vision system, and it seems pretty promising. Ball-chasing and range detection from the hub have been successful, and we’re hoping to get a swift and efficient auto routine ready.

Looking forward to an exciting competition coming up! Go 972!