Since HPR, we’ve been hard at work upgrading Marinus for our next competition: Monterey Bay Regional.

On the mechanical side of things, we’ve redesigned our static and telescoping arm hooks to make it easier to latch onto the rungs in the hangar, aiding in our goal to have a fast, working traversal climb for MBR. For our cargo mechanism, we’ve added a small bump to better retain cargo in our claw as it moves around. There’s also been several minor mechanical fixes such as changing the drivetrain chain to 25H, adding sponsor plates, and improving camera mounts, but in general, it’s been fairly lax for the mechanical team. 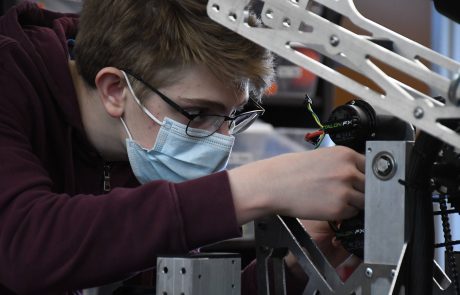 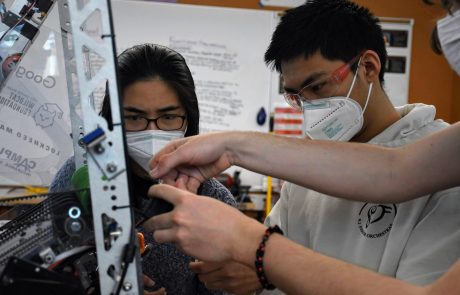 Our programmers have massively improved the code to take advantage of our robot’s full capabilities. For starters, we can now shoot from the back of our robot, reducing our cycle times and achieving a two-ball autonomous routine.

Additionally, we’ve improved our limelight ball-tracking and shooting. Now, Marinus will automatically turn to approach cargo of the appropriate colour, and limelight will calculate distance from the hub to determine the appropriate shooting angle and speed. 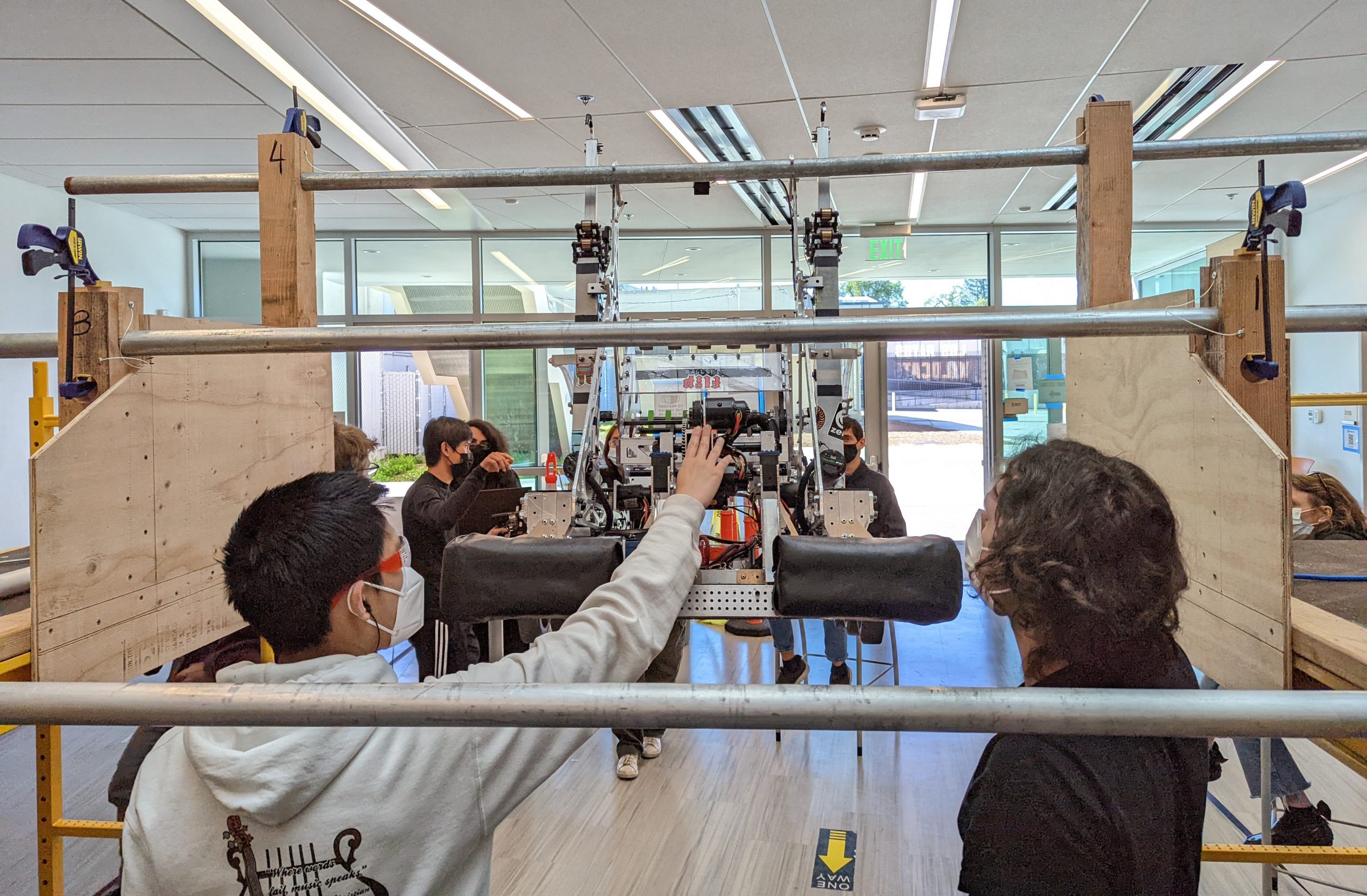 On March 22, several members of our team took Marinus to Saratoga’s (Team 649) to practice on their field. There, we were able to adjust our code, specifically the auto, as well as get in some valuable driver and operator practice. 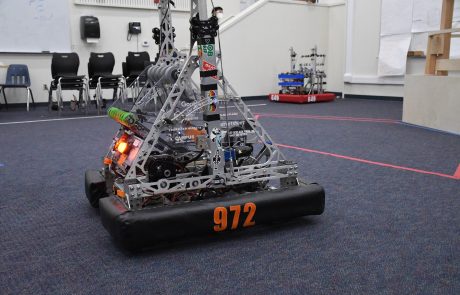 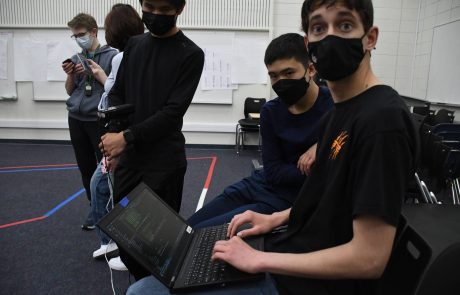 Overall, we have significantly improved Marinus over the past 3 weeks, and we look forward to playing again at MBR!