Our fourth build season began on Saturday, January 5th. Throughout the week, we have been familiarizing ourselves with the 2019 FRC game, DESTINATION: DEEP SPACE.

On Kickoff day, our members met up at 6:40 AM to attend the local FRC Kickoff event at San Jose State University–not too fun if you’ve been sleeping in all break. Later, after getting the team together and having social time over brunch (thanks Brian, we love your tacos!), we delved into the game further. 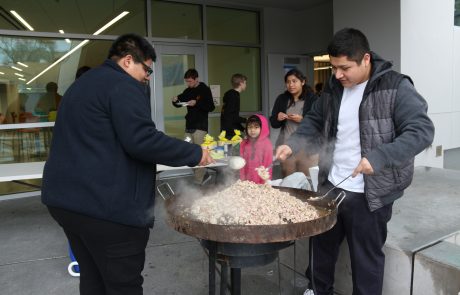 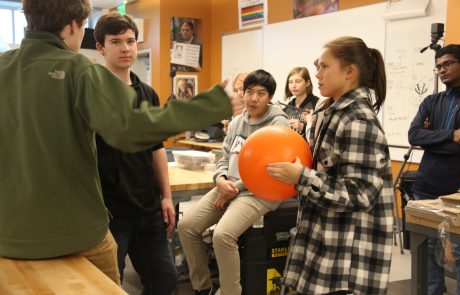 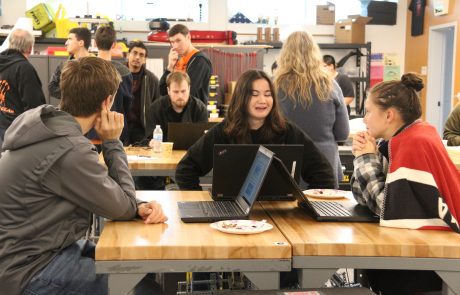 Deep Space involves placing cargo (bouncy kickballs) and hatch panels (polycarbonate disks) into holes on two “rockets” and a “cargo ship.” We noticed that the ball’s movement is unpredictable and that both game pieces require precise maneuvering. Compared to last season, scoring points will be more difficult and time-consuming. There are many viable approaches for scoring points in this year’s game, so we prototyped mechanisms for multiple strategies before deciding on one.

For the next few days, we brainstormed, prototyped mechanisms, and experimented with a mecanum drive train.

For both hatch panels and cargo, we made an intake prototype with v-block clamps, modeled after v-block vices used in manufacturing to hold circular objects. The mechanism clamped both game pieces well, but it had trouble ensuring that cargo rolls between the blocks. 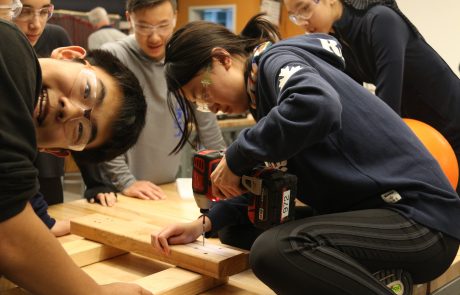 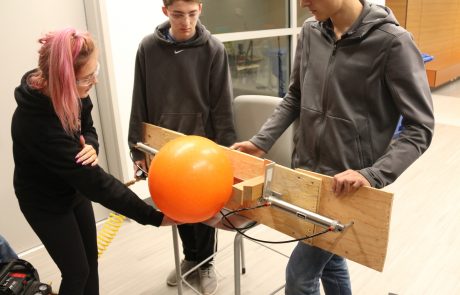 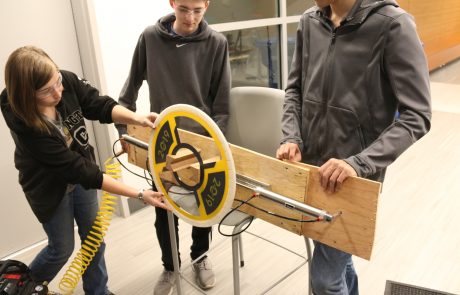 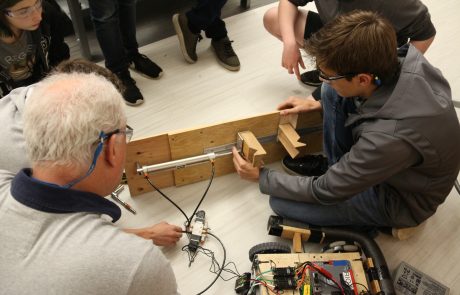 Since the design did not have a large acquisition zone to quickly intake game pieces, the group decided to try an alternate version. Their new intake mechanism had two pivoting arms with spinning wheels to grab the ball and with v-block shaped endings to hold hatch panels.

Another group created a velcro-based hatch panel intake. They attached pieces of velcro on a sheet of polycarbonate and drilled holes for pistons that would push the panel off the mechanism. This mechanism turned out to be fast and effective.

To acquire cargo, a different group built a “rolly-grabber” mechanism with mecanum wheels for a larger acquisition zone and to funnel the cargo toward the center. This mechanism can be used in conjunction with both the initial v-block prototype and the velcro panel prototype. 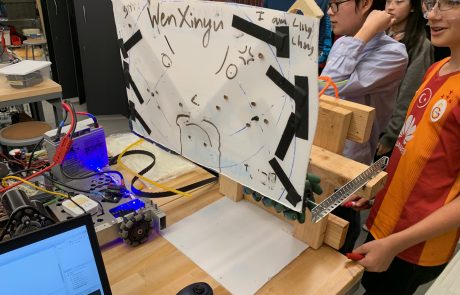 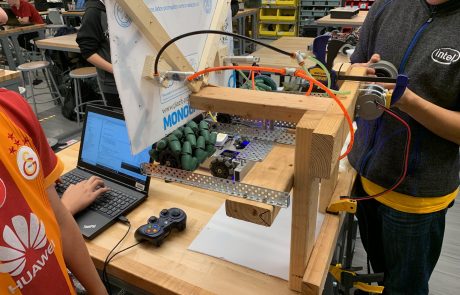 For the endgame climb, another group used pistons with wheels on the end to allow our 2018 robot to climb onto the six-inch platform. Two pistons tilt the front of the robot up so that the front wheels touch the platform. Then, a piston on the back side lifts up the rest of the robot so it can drive onto the platform. We hope to increase our mechanism speed with code to make the routine autonomous.

In a nutshell, we have determined our robot strategy and prototyped several mechanisms this week. Over the next week, we hope to improve and test our prototypes on a driving robot chassis, begin CADing our final robot, and manufacture our drivetrain. Next week, we’re headed for DESTINATION: FINAL ROBOT DESIGN.