For the class competition, we split the class into four different teams. Each team was given a rules manual and a few weeks to design a robot that fit said parameters, which is a direct representation of our build season process. The purpose of the class competition was to prepare our team for the upcoming competition season. Students took part in the designing, building, and refining process for each of their team’s robots, gaining vital technical and teamwork skills. 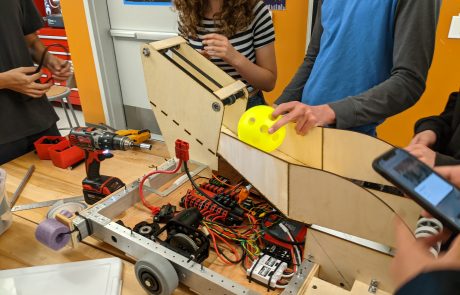 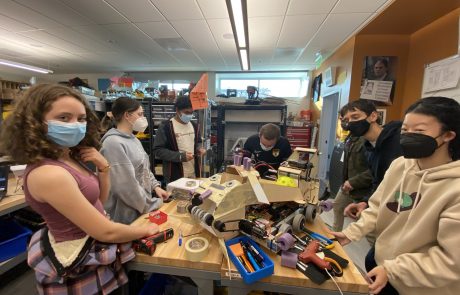 The objective of the competition was to score the most points at the end of each round, which included two teams completing an autonomous and remote control operated period. During the autonomous period, robots scored points for crossing the midline and for depositing wiffle balls into their team’s bank. During the remote controlled period, drivers employed various creative offensive and defensive strategies to either deposit balls into their scoring zones or prevent other teams from scoring.

As the teams progressed through their builds, many structural, programming, or knowledge based challenges were encountered. The best part about this competition was seeing how each team persevered to overcome struggles and to build a functioning robot. After the class competition, our class collectively became better at problem solving and more prepared for build season. This is a fun way to build the team’s experience with robots, while maintaining our need for coopertition and gracious professionalism.

The annual LG Holiday Parade was cancelled because of COVID, but fear not! Team Iron Claw was still able to participate in the Holiday Promenade in downtown Los Gatos. We ran into a few problems, namely that our battery caught on fire, but overall, things went well. We drove around our 2020 robot Voltaire to show the passerby, and we were able to talk about our program and fundraise. 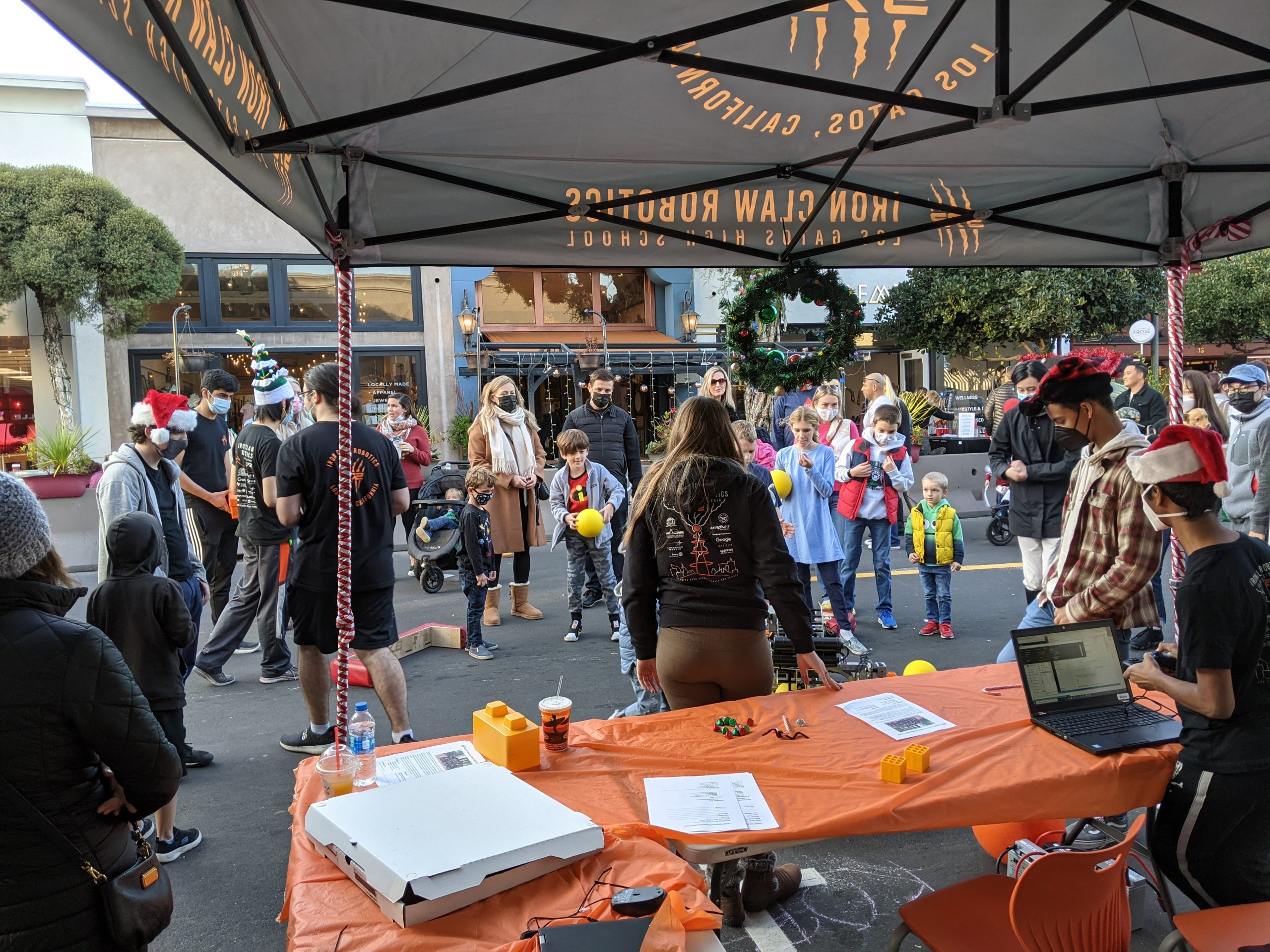